Most SLS participants are probably going to stay in Copenhagen. The greater Copenhagen area has an extensive transportation network of buses, metro, S-train (suburban trains) and Re-trains (regional trains). We will give some specific advice (below) about train times to RUC (the university in Trekroner, where SLS 2012 will be held) but one pice of general advice can be given right away: use the following website to plan your travel in Denmark: http://www.rejseplanen.dk/
It tells you how to get from anywhere in Denmark to anywhere in Denmark, and is available in Danish, German and English.

Transport within the greater Copenhagen area is based on a zone system. Here are the following three facts that are the most relevant:
Tickets can be bought at all stations from machines and sometimes at ticket offices (the ticket offices at Copenhagen airport and Copenhagen Central Station are very helpful and everyone there speaks English). All tickets must be clicked in one of the yellow machines before use. 2-zone and 3-zone tickets are valid for 60 minutes after clicking and 7-zone
tickets are valid for 90 minutes. You can freely transfer onto different buses, trains, metro, etc. within this time span. Important: tickets inspections are frequent and the penalties for traveling without a ticket are high. 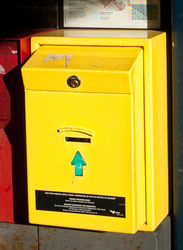 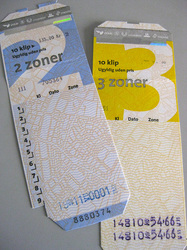 Getting from the Airport to Central Copenhagen:

You've got two good choices for getting from the airport to Central Copenhagen. Both require a 3-zone ticket and both take about 12 minutes. The first choice is to take a regional train This will stop at Copenhagen Central Station (København H) and also Nørreport and Østerport stations (two other important stations in Copenhagen).

The other choice is to take the metro. This goes right through the center of the city (including stops at Christianshavn, Kongens Nytorv, Nørreport and Frederiksberg, but note: it does NOT stop at Copenhagen Central station).

Copenhagen airport is small and well organized and as you pass through the departure gate, the DSB ticket offices (in terminal 3), ticket machines and the entrances for both the regional train and metro are clearly indicated.

The conference will be held on campus in buildings 45, 46 and 03-CUID (marked with a blue thumb tack in the upper part of the map above, next to "Roskilde University").

Getting from Central Station to SLS 2012:

Unless you have rented a car, to get to SLS 2012, you should take a train from Copenhagen Central Station (København H) out to Trekroner (RUC). The following table contains the train times that will get you out to SLS 2012 either very early, right on time, or, not all that late...

Note that for all these trains, we have given the train number and final destination. This is because Trekroner is not the final destination and these trains will be indicated by the final destination and train number. When you have found the correct platform, the signs there should indicate all the stops, and Trekroner should be listed.
If you are staying out near Nørreport, it is probably just best to walk to the Central Station(walk- approx. 1,4 km, approx. 18 min.) due to current construction works at Nørreport st.

Getting from Roskilde to SLS 2012:

If your hotel is in Roskilde, you are much closer to RUC and it will be easy to find your way to SLS 2012. If you are in an adventurous mood, you might want to walk (though count on at least an hour to do this) or bike (count on twenty minutes), but the easiest option is to take a regional train from Roskilde in the direction of Østerport /København H. Many of these trains stop in Trekroner about four minutes later. Here is a table of trains that will take you to Roskilde to Trekroner for the morning session.